Our first project will be conducted in various states. It is titled AGGRESSIVE LISTENING.

Aggressive listening is for us perhaps in conflict with the basic principal of listening itself – how to (really) listen aggressively? Isn’t listening something in which we hold back, offer our silence and attention, where we lean into the unknown and unexcepted? Can we do this aggressively – and what is the implication of doing so?

The project will consist of, and for, different works, searches, states and more. Variations of attempts.

A key aspect will be to invite different people aboard and let them explore their take on AGGRESSIVE LISTENING.

The project will start by making different public interventions in the attempt to use aggressive listening as a way of making more space for listening in general.

We consider the act of not defining or describing further what AGGRESIVE LISTENING is (or can be) as part of the project. We wonder if, the refusal of describing/defining the concept of aggressive listening, the insisting on keeping it open and fluid, is a part of listening aggressively? 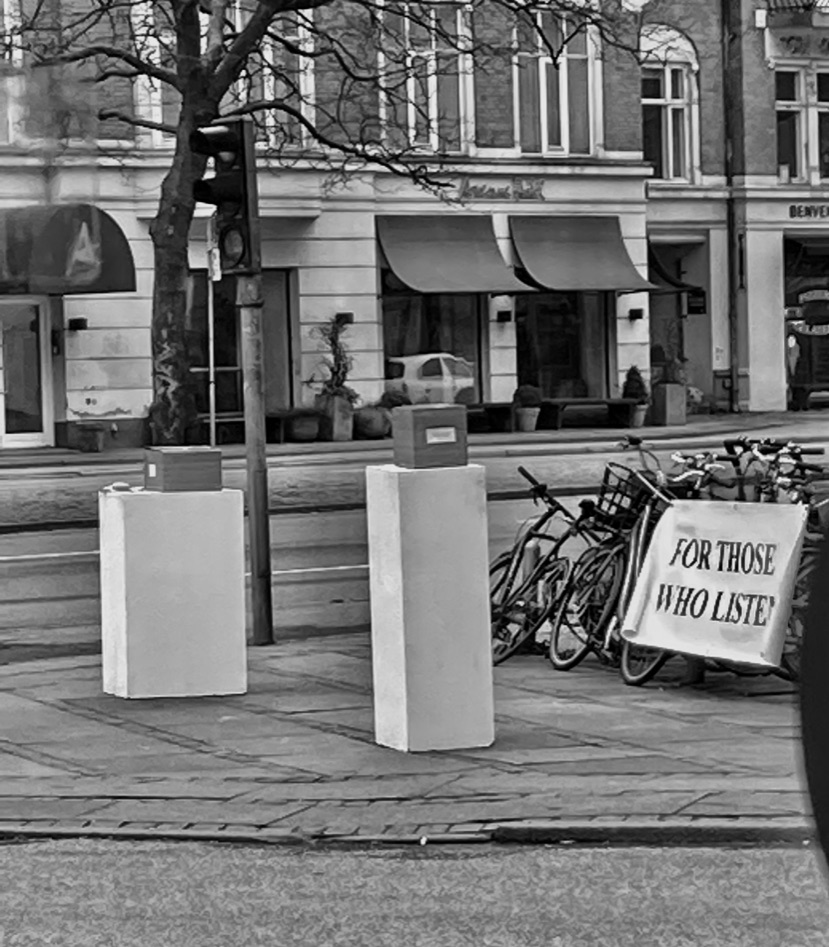